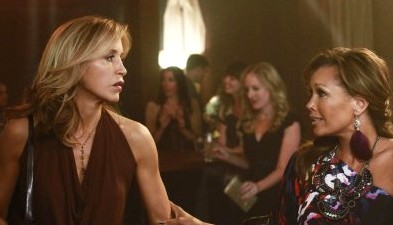 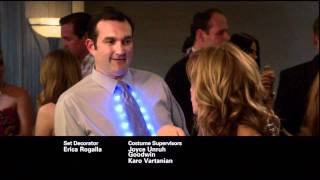 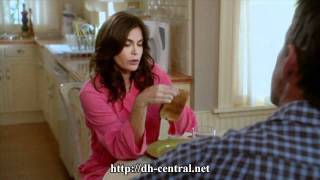 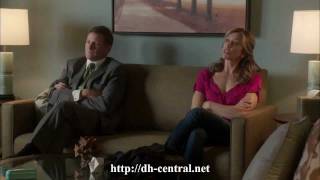 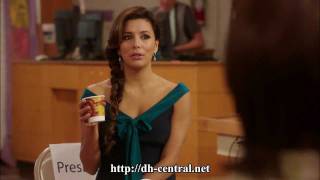 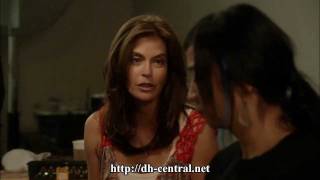 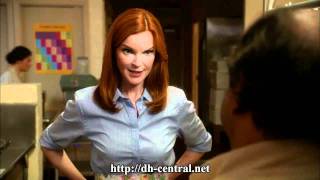 Gaby is 45 minutes late for her first meeting as the new president of the PTA. Apparently there was an issue during her hot stone massage. By the time Gaby arrives, none of the other ladies are willing to stick around to help plan Teacher Appreciation Night. Gaby believes the ladies are upset because they are jealous of her charmed life. So she treats them all to a spa day. Woo hoo!

The PTA ladies take full advantage of the free makeover, but they're not about to help Gaby set up for the big event. At home, Carlos is still dealing with some serious dead guy angst. He's been hitting the bottle more than usual lately. When Gaby calls for help at the school, Carlos stumbles in drunk. He can barely walk. The other PTA ladies soon realize Gaby's life isn't so charmed. They offer to take care of things at the school while Gaby takes care of her husband.

With Tom going out for pricey dinners with a woman in his apartment complex, Lynette believes it's time for her to start dating, too. Renee dismisses her notion of joining an online dating service. The real men are at the bars. Lynette looks great but does not mesh with the men she meets at the club. She even runs into a guy she used make grilled cheeses for when he was a kid. She used cut them into dinosaur shapes!

After Lynette flees from the club, she meets, Scott, a nice divorced guy who is also trying to get out there for the first time. The two of them head back to his place where things take a turn for the passionate. They are just about to head into the bedroom when Lynette drops her wedding ring. When she finally finds it, Lynette stares at the gold band with an anguished look. She realizes she's not ready for any of this as she heads home alone.

Susan is desperately trying to prove that she's a real artist to the persnickety Andre Zeller. It's not going well. She can't stop giggling when it comes time to paint a male model in his natural form. That's why Andre looks to strip away everyone's inhibitions by having the artists strip away their clothes come next class. Susan preps for this event by walking around naked at home. Mike doesn't mind, but Susan probably shouldn't have answered the door au natural when Lee popped by to introduce her to Bob's mom.

Susan shows up for her next art class in the buff. Too bad the school put the kibosh on Andre Zeller's artistic experiment. Beyond humiliated, Susan quits the class. Andre shows up at her home asking her to come back to class. Apparently, he finds Susan to be a bizarre car crash that somehow fascinates him. He also thinks she's scared and hiding something. Oh, if Andre only knew.

Bree looks to reconnect with God by helping the homeless. She joins forces with new neighbor Ben Faulkner in his soup kitchen. Now, the Bree we know is not about to serve canned food to anyone, homeless or not. She whips up a batch of some super tasty soup from scratch. It's m'm, m'm great!

Bree's cooking is total hit with the shelter clientele, many of whom aren't homeless. They're just folks looking for tasty, free food. Bree makes a little speech that effectively shoos the freeloaders away so that the homeless can reclaim their space. Ben asks her to make another passionate speech to the city council so they'll green light his low income housing project.

Bree does her thing at the council meeting. The group is impressed and the project is a go. Ben shows Bree the location of the new development. It's a wooded area she knows all too well. Ben plans to break ground in the area where Carlos and the ladies buried Alejandro's body.